The Jewels In His Crown – W Magazine 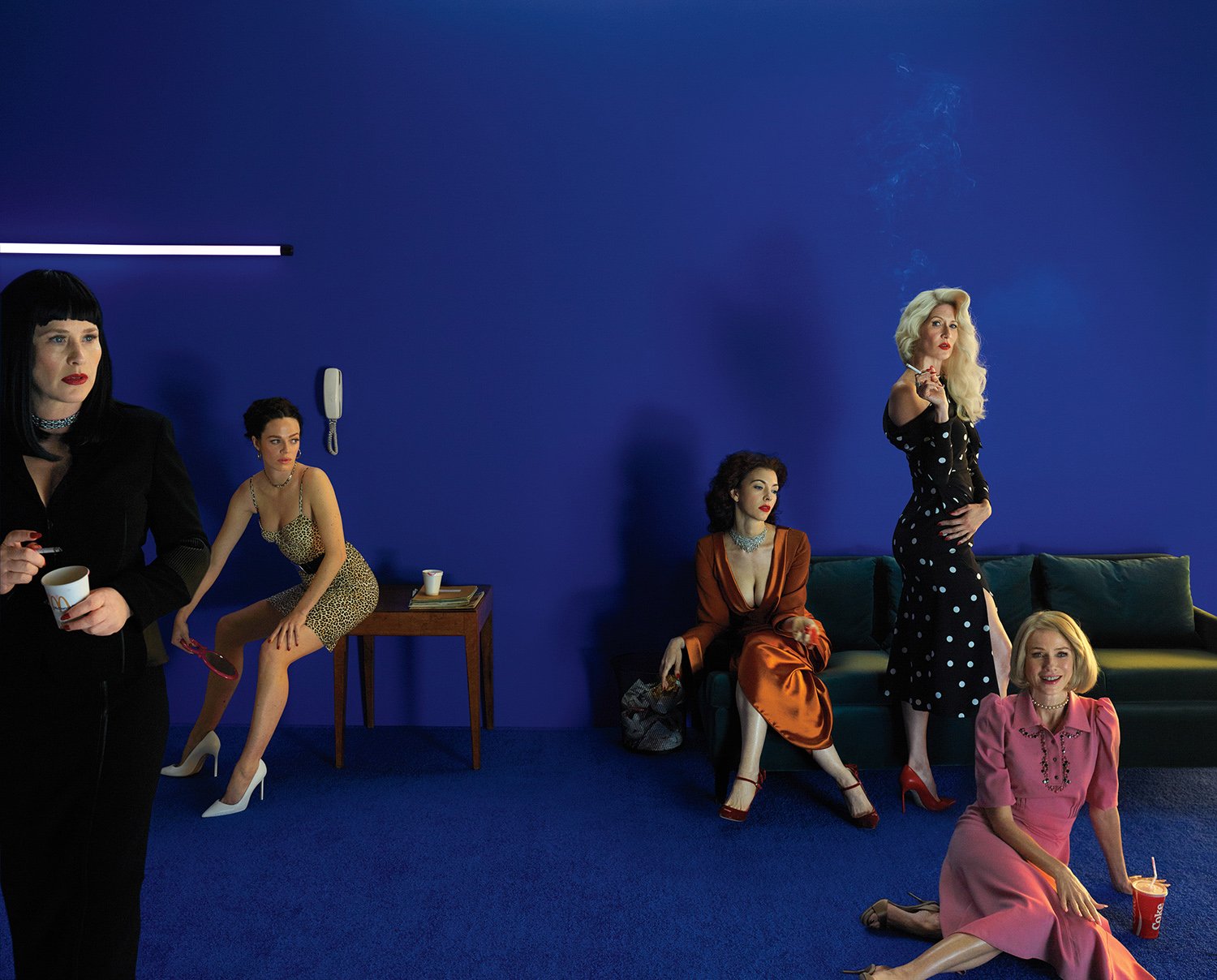 W Magazine feature with photography by Alex Prager and words by Lynn Hirschberg.

It was an honor to be asked to participate in this photoshoot. I am surrounded by women I deeply respect and admire and who have had a significant creative connection with David. I was beside myself to be representing the “musical muse” gem in this treasure trove.

And speaking of jewels darling, that giant choker around my neck was made of Tiffany & Co diamonds that traveled to the shoot with a personal bodyguard. He was nice enough to move my hair aside gently and expertly to clasp it around my neck. A professional diamond handler. I want more of them in my life. I love the idea of owning Tiffany diamonds but I enjoy the prospect of simply visiting with them often as well. I wondered for a split second what would have transpired if I just bolted with the them, but lucky for this bodyguard I really wanted to be in W Magazine with these brilliant and wildly talented women. Also, high heels and Balmain dress would have impeded the efficiency of my getaway (but not the cinematic flair).

I’m holding a slice of grapefruit in my hand while sitting on the couch in support of vitamin c and in rejection of coca cola or McDonald’s. David loves coca cola but I can’t pose with it. I’m afraid my Grandma Katy Bell who helped raise me and never allowed me to have sugar would rise from the grave and fwap me on the side of the head. There goes my coca cola endorsement…   I’m sure the diamonds I am wearing were 100% conflict free. But Grandma Katy Bell really liked diamonds.  I digress.

W Magazine, people. Next to THESE WOMEN. I die of gratitude and wonder and I don’t take one second for granted. Thank you Alex Prager for this unusual and gutsy shoot idea and for Lynn Hirschberg for being marvelously composed and larger than life. Special thanks to Sabrina Sutherland, Nicole Elise, Annie O and of course, David.

Beaming love to you & fluttering in anticipation f

Please accept my official application for the posi

Wish upon a Midnight Star, worlds away but never f

You all made me question many things. I’m not su

In the past year and a half something has been for

Girl on film 🎞 As captured by the masterful ey

Are we angels shining brightly Are we the forgotte

I've been having dreams of diamond raindrops falli

On this Aphelion Day, when the Earth is farthest f

Shapeshifting for a living 📷 @marcoviscastudi

Are you ready? ✨ I will be performing a few son

Are you ready for a suggestive conversation with y

Softly through the shadow of the evening sun... Th