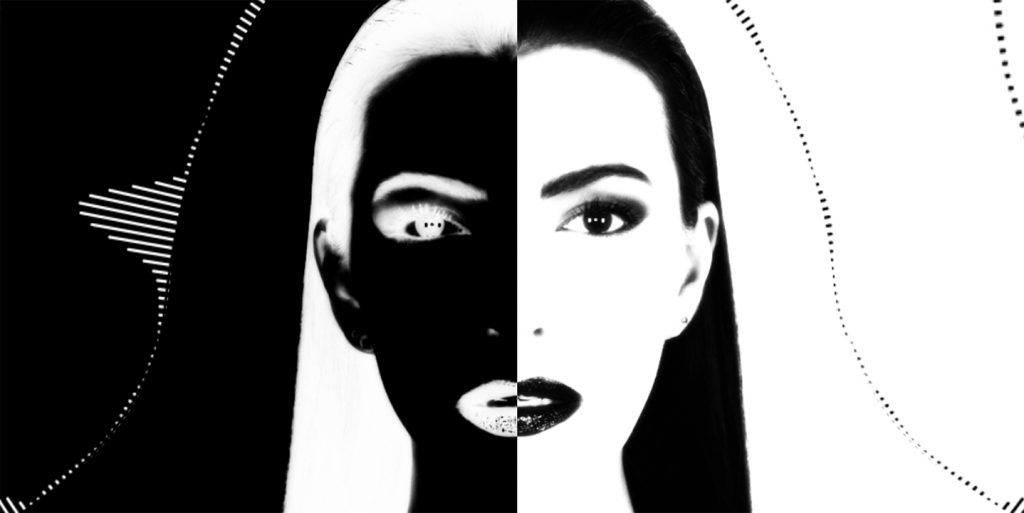 Gizmodo is a design, technology, science and science fiction website. It was originally launched as part of the Gawker Media network run by Nick Denton, and runs on the Kinja platform. Gizmodo also includes the subsite io9, which focuses on science fiction, pop culture and futurism.

io9: Were you a fan of the first seasons of Twin Peaks, back in the early 1990s?

Chrystabell: I was, but I saw it when I was really young, and I have to say most of the nuances were way over my head. But I definitely responded to the music, and how the music went with the imagery—these visuals of a logging industry with these dark, rich progressions. It was a highly unusual coupling that did something different, and it awakened something inside of me that was very compelling. I didn’t re-watch it, though, until David approached me about being a part of it. I’d always been a little bit—not concerned, but just thoughtful to not over-inundate myself with David Lynch’s art, because there was already so much influence in my life that I just wanted it to breathe a little bit. So I didn’t go back into Twin Peaks until it seemed right. When David let me know that there might be a part for me, that seemed like a good time to revisit the series. 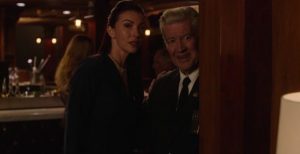 io9: You’d worked with him in a musical capacity for a long time before Twin Peaks: The Return. As far as acting in the show, did he just say, “So, there’s this character, Tammy…”

Chrystabell: It was so appropriate because it was so mysterious. I think it’s been almost 20 years now since we’ve been making music together, and we were in the recording session for the last release we did together, called Somewhere in the Nowhere. He just kind of [said], “Ok, Chrystabell, I think there might be a role for you in my next project.” And of course everybody knew what the next project was, but he didn’t even say the words “Twin Peaks.” It was hushed. It was furtive. It was like this thing he was holding so gingerly because it was so precious, and it was still not sure that it was going to happen at that moment. But the fact that he would bring me into it—I was really not expecting that at all. He didn’t mention anything about the role initially, if it was acting or singing, or if it was big or small. It was just like this whisper, this monumental tease. Then it was months and months before I saw a script; the roll-out was achingly slow as to who I was going to play, and what she was like, how she tied into the world, and what her particular significance would be.

io9: Twin Peaks has a very devoted fandom, to put it mildly. Were you surprised by the mixed reactions to your character? Do people come up to you and say that famous line?

Chrystabell: [Laughs.] That generally happens at the festivals. Initially, I read the line “Fuck you, Tammy!” in the script, and he didn’t tell me who was going to play Diane. And then he let me know it’s Laura Dern—and of course that makes more sense than anything I’ve ever heard. So I realized that I’d be acting with her, and that she’d be the one delivering this particular line, and it was so beautiful. But then, like, when it became this thing, and this way for people to express how they felt about my character in particular, it was like, “Wow!” It was a lot of focused intention. For a minute, it felt like people who [felt like the return of] Twin Peaks wasn’t necessarily what they were hoping for or expecting, kind of channeled it into this meme directed at me, who was almost a representation of what they didn’t like about Twin Peaks. 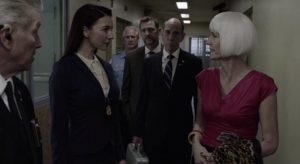 I think a lot of people were hoping for more fan service, which was clearly not in the forefront of David Lynch’s intentions for the show. It was everything to do with the actualization of what Twin Peaks means to him and Mark [Frost]. It’s pure. And I don’t think people were expecting that—although why they would expect anything else from David is beyond me. Anyway, it was all that energy of people who weren’t super stoked about how Twin Peaks was unfolding, and when that line came around, people were directing it at me but sort of also at the show, the representation of me and who I was to them. It was really interesting—receiving adulation and love and support, and then people who were just seriously unhappy with my character, with the show in general, and kind of absorbing all of that was quite a process.

At the moment it was really intense and frankly unexpected. I’ve never had that level of scrutiny—people looking at you like you’ve mishandled this precious thing. It’s like, that association they have with everything with the first Twin Peaks now has this tarnishing, and for some of them it was my fault. Honestly, it’s not like I get recognized all the time—Twin Peaks was this beautiful moment, and I’m so grateful to Showtime for bringing it to fruition. But it’s changed my life in ways that are much more on the internal, introspective realm, more so than massively shifting my life in general. I’m grateful for it every day. I felt like I won the cosmic lottery to be a part of it—it was everything I hoped it would be, in none of the ways I was expecting.

io9: Shifting gears, let’s talk about the song “52 Hz”—which is inspired by the real-life tale of a marine biologist studying “the world’s loneliest whale”—and the video, directed by Joseph Skorman.

Chrystabell: This concept of the world’s loneliest whale singing at a frequency that nobody else could understand, and nobody knew why—it was just delicious, melancholic mystery that really intrigued me. Then there’s this marine biologist who had a deep fascination with the whale, and was using very sophisticated underwater technology to track this whale. He knew how to listen, because it’s the only whale that has this frequency. Then he gets cancer, and I just had this vision of the loneliest whale and this marine biologist who’s dying, and all he wants to do is hear her one more time.

In my mind, a very odd romance developed and that’s where the song came from—which is ridiculous, you know, but these things ignite something. I don’t know where songs come from, but if one manages to kind of slip through the ether and start to blossom, and lyrics come and melodies come, you don’t ask too many questions. You just receive it and celebrate it, and maybe you get a song. And if the song is about a whale, that’s what you do.

As for the video, Joey is a monster talent—he directed another music video for me, one of the songs I did with David Lynch called “Night Ride.” It was this massive production. For this, we wanted to [keep it more simple], just do it on an iPhone, but of course it evolved into this six-month post-production, detail-oriented, hyper-stylized execution; there’s definitely some Robert Palmer, some 1980s Nagel. It’s a combo of things that I frankly had nothing to do with. Joey masterminded the whole thing—I trusted Joey, and it’s just, “Wow!” to watch someone who has these ideas that they can bring to life.

I thought it came out really beautifully, and it’s a really strong statement for where the record is going. My next incarnation as a musician is moving away from ethereal dream pop—it’s headed more toward pop noir. Some of the new music is even more out-there, and you’re just looking for ways to carry your audience with you. This is a new reality for me, and when I watch the video, I’m like, “Whoo! Here we go!” It’s like getting into a rocket and landing on another planet, and rediscovering yourself. It’s so much fun and it’s super-terrifying.

Most of my fans came initially from David opening the door to this music that we made, and that was definitely the initial portal, with David granting his endorsement and his faith in me as a musician. That music is a lot different than this new music, so you’re always wondering if the musical bridge is going to hold as you head into new territory. But I feel like it’s gonna work! When I start to think about this, I get that feeling that I look for as an artist, to let me know that I’m heading in the direction of personal fulfillment. No matter what happens on the other side, if you have that grounding, then you’re good. You can handle whatever people say or think. But the hope is that those two things come together—that personal fulfillment, knowing that you’ve given your all, and the response from people being positive. That’s the nirvana that you’re looking for.

Article by Cheryl Eddy for Gizmodo

Visit Io9.com to see this feature