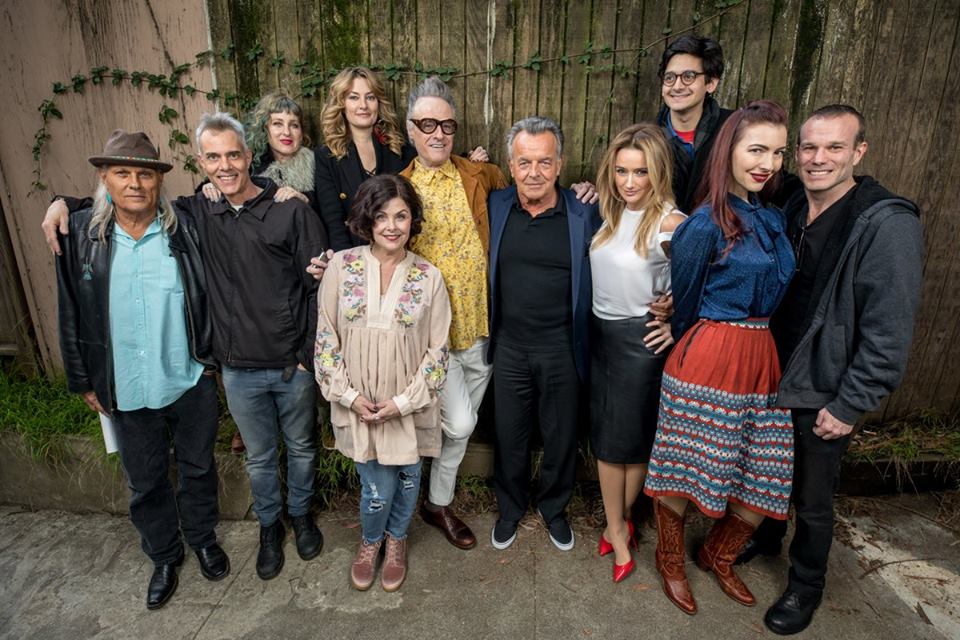 To say that this day of Twin Peaks celebration was mystically wonderful doesn’t quite do it justice. This particular panel of cast members was truly exceptional. In such good company! Speaking in front of 1200 people is different than singing in front of them! I was really nervous but really excited to share my Twin Peaks experiences. Thrilling. There was such respect and veneration for the world of Twin Peaks in this theater. On the marquis with Rachel Bloom. I adore her. Of course we had to take selfies How I love these two supreme beauties! Half of Harry, crazy eyes CB, adorable Amy and blurry James. I’m not great at selfies. And these two! Don’t get me started. LOVE

After the afternoon panel there was an “autograph event” where VIPs came to have Twin Peaks memorabilia signed. The only three new cast members at the event. Man did we feel lucky to be there!

After the VIP event we got ready for the evenings festivities… This ended up being a very special event with a great house band at a hot San Francisco venue called The Chapel (that used to be a church and later a mortuary). Some highlights of the concert from the house band were a covers of “Rockin’ Back Inside My Heart”, “Pink Room”, and “The Nightingale”. The audience knew there would be surprise guests, but you can imagine the delight when Michael, Kimmy and Harry came out to introduce Ray Wise singing “Mairzy Doats” in handcuffs… and the absolute wonder when Amy Shiels came out to introduce Sherilyn Fenn to do Audrey’s Dance(and dance contest!) with the band… This was one for the books. I had the opportunity to form deeper bonds to cast members I had not been able to spend much time with on set. Many of us had attended Twin Peaks parties together but this was an opportunity to spend quality time that other parties don’t always afford. I’m so grateful to SFSketchfest for having me. I made many precious memories.

I’ll See You In The Trees,

How your wonderful birthday messages make me feel!

Thursday I don’t care about you #strangeasange

This coffee mug is so functional and practical and

Happy Twin Peaks Day my friends from me, Tammy & m

🌸 After the storm...well doing my best to get h

Darlings! 🧸❤️🐴 Our dreamy version of “

Impossible to measure the impact and influence thi