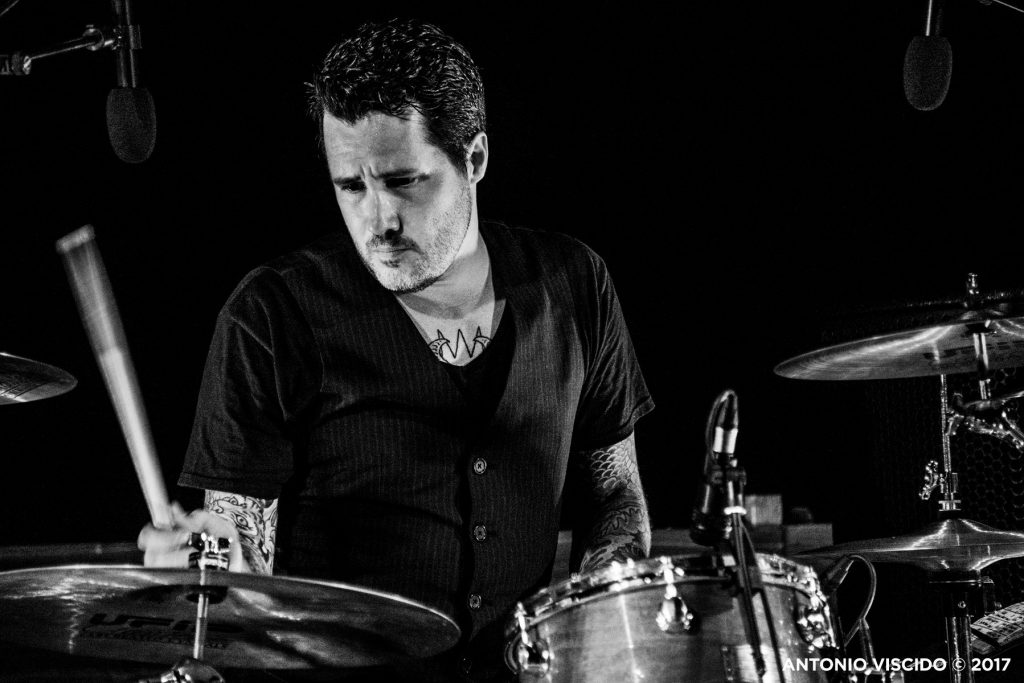 [vc_column_text]After Pat Mastelotto of King Crimson asked him to sit in with Chrystabell, Jayson began touring with her in 2013 and hasn’t looked back since. Jayson grew up on an old ludwig silver oyster pearl kit from his grandpa Harry Nelson who’d been a jazz drummer in the 50’s and 60’s.

Interview ~ August 2017
for the Vault at Chrystabell.com
Where are you grow up and what was your favorite thing to do as a child?

Jayson Altman: I grew up in Los Angeles, CA.  My favorite thing to do as a kid was skateboard and playing drums to my favorite songs with headphones on.
When did you get your first drum kit?
Jayson Altman: I got my first drum kit on my 8th birthday, from my grandpa Harry Nelson.  He was a jazz drummer in the 50’s and 60’s.  Before he gave me his old lugwig silver oyster pearl kit… every time I’d go to visit him, I’d make him pull the cases out of the garage and set it for me to bang on.
Did your parents always support your passion for music growing up?
Jayson Altman: Luckily my parents did support me playing music growing up… we had a garage turned into a practice space.  No one ever told me to shut up or keep it down out there… so I kept going.
Where do you live now and what is your favorite thing to do as an adult?
Jayson Altman: I live in Austin, TX.  My favorite thing to do as an adult… hmm still play music and ride bikes… easier on the knees than skateboarding.
How did you meet Chrystabell and come to be in her band?
Jayson Altman: I met CB in a practice space in San Antonio before a tour in 2012…I was asked by her then drummer Pat Mastelotto if I could fill in on some tours.  I had seen her perform a couple times in Austin and was intrigued immediately when asked to fill in.  After about a year as the “fill in” guy.. Pat got too busy with King Crimson… so I joined the band in 2013. 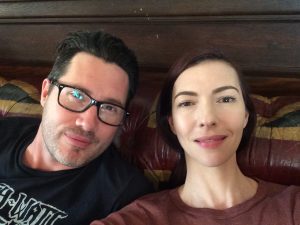 Of all time, what is your most favorite venue to perform in (with any band) and why?
Jayson Altman: Tough question… I can give you two answers…to date my two most favorite shows/venues I’ve played are the El Rey Theater in Los Angeles with Roky Erickson… and the Theater Royal in Hobart Tasmania Australia… when everything comes together and works the way it’s suppose to… venue, band, crew, audience, sound, lighting… it transcends just a regular show… there’s an energy and excitement to it that makes it something special.
Why did you choose to play the drums?
Jayson Altman: I was definitely influenced having a couple drummers in my life since I was a young boy.  Plus drummers are usually interesting to watch perform.

How many years have you been a working musician?

Jayson Altman: I’ve been playing music live since I was 16… but didn’t get really into it till I was about 20.  Some of the bands Ive played, toured and or recorded with are:

Schatzi, Crash Gallery, Young Heart Attack, MoTel Aviv, Stereo Is A Lie, Roky Erickson, Shadows and Thieves & Liars.
Do you play other instruments as well (including singing)? If so, which one’s?
Jayson Altman: I like to ticker around on keyboards…
Please share a story from the Chrystabell Summer 2017 tour (whatever the tone: humorous, scary, weird or exhilarating).
Jayson Altman: CB tour story 2017…  It’s always exciting going to a new city or country… that and performing live are my favorite things about touring.  It’s always an adventure and for the most part fun and exciting… Usually on a tour a band as a whole and individually go through the full range of emotions… happy, sad, excited, board, scared, exhilarated , etc…
We did get kidnapped (almost) and kept in a small boring town for a week in Sicily because a promoter failed to get permits for the venue.  That would cover the weird and lil bit scary part of this tour.  The food was good though  🙂
What are your favorite bands right now?
Jayson Altman: Broken Bells, Santigold, K.Flay.
Who are your biggest inspirations?
Jayson Altman: Drummer wise would be…Stuart Copeland. Overall musician/producer wise… Brian Burton. 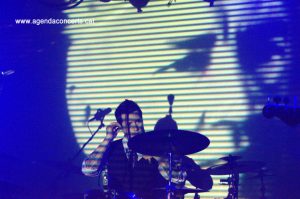 http://chrystabell.com/wp-content/uploads/2021/10/Nima-Shiraz-head-shot.jpg: You are also an engineer and producer, how did you get into the production side of music?
Jayson Altman: Always loved and was curious as a kid about the technical aspects of recording and putting songs together.  Started with my dads 4 track Tascam Porta studio… worked my way up from there.  Ended up doing most of my bands demos and recordings throughout the years.
http://chrystabell.com/wp-content/uploads/2021/10/Nima-Shiraz-head-shot.jpg: You play electronic drums, kit and trigger backing tracks while performing live to a click track. For those who don’t know can you elaborate on what that means and share a little bit about your set up?
Jayson Altman: One of the things I love about the CB gig… is the production and use of backing tracks and now video synced up with the backing tracks via midi. Most touring bands employ backing tracks, it enables the band to use elements from the studio live.  When backing tracks are used it’s always accompanied by a click usually only the drummer can hear, sometimes the whole band on elaborate tour setups.
So I play with a click in one ear… backing tracks in the other.
The other great thing about the CB gig is it does call for the use of electronic sounds and samples as well  as the usual acoustic drum kit.  Add all that up and it makes for great and interesting band to play shows and tour with.
http://chrystabell.com/wp-content/uploads/2021/10/Nima-Shiraz-head-shot.jpg: Thank you so much Jayson!