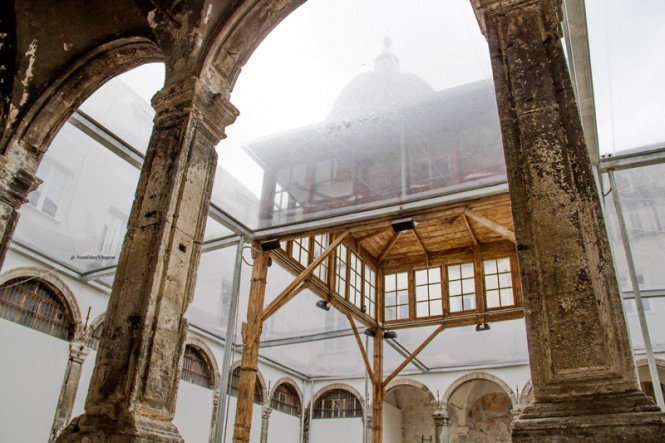 Federico Interviews Chrystabell – Made In Cloister

Fredrico Interviews Chrystabell About Her Show At ‘Made In Cloister’ In Naples, Italy

Made In Cloister is a historical site in Naples, Italy, whose renaissance and industrial architecture has been restored and preserved. It is now a site of cultural significance with artisans, international artists and designers holding performances and exhibitions there. 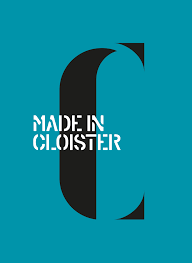 Frederico: About the gig: what material you will play? Will you have you a band with you?

Chrystabell: I will play all material co written and produced by David Lynch from our first release This Train and our recent EP Somewhere In The Nowhere. I have a wonderful guitar player and bass player with me.

Frederico: About “Somewhere In The Nowhere”: after “This Train” how you decide what kind of sound, and of songs, you wanna play?

Chrystabell: The songs come about in this way – David has a track of music he has composed before get to the studio. When I arrive for the session, he plays the music for me. If I start to feel the melodies coming and the music starts to move my body a little involuntarily, we know that this track works for our collaboration. Then I head to the sound booth with lyrics that David has written and start to sing the melodies inspired by the music, the words, and the mood we want to create when they all come together. We don’t really ever have a pre-conceived destination, it unfolds as we get deeper into the process together.

Frederico: And how David and you worked in studio? Is David more interested on the melanconic sound, on your voice, on the lirycs?

Chrystabell: The tracks of music all come from David’s musical “experiments” in the studio that he develops into material that will be the foundation of the song. Sometimes the feel is melancholic, sometimes meditative or sensual, sometimes cosmic or dystopian. David is very hands on in every aspect of the creation of the song from the first beat to the last flourish. My job is to find melodies that marry the lyrics he writes to the music so the song can fulfill the intended vision and create the desired mood. Much like an actor would deliver lines for a scene.

Frederico: What role you play in the new “Twin peaks”? And what about the days of set, with David again?

Chrystabell: I wish I could share that information, but it is so secret it may as well be confidential government information! On set with David is exciting and inspiring and it feels like you are witnessing something very significant coming to life.

Frederico: John Parish will produce your next record. Why that choose?

Chrystabell: I have always loved John’s production work as well as his writing style. I think John possesses a similar ability to bring across purity of emotion that David Lynch has. Neither producer ever over-produces and both appreciate simplicity as well as imperfect raw emotion. They are each very good at building a world within a song. I thought this would be a good way to transition from the work with David, by finding a producer that had similar musical wizard abilities and sensibilities. There are not too many out there!

Frederico: Adrian Utley, Geoff Downes e Stephen O’Malley are some of the guest of the record. What we’ve to wait?

Chrystabell: These 3 musicians come together on one very special track on the record. They are each from very different worlds musically, but it ended up working together seamlessly.

Frederico: You and Naples. You and Made in Cloister.  Talk me about.

Chrystabell: I have a special affinity for Naples after filming the beautiful music video for All the Things at Made In Cloister. It is a very enchanting and provocative venue – I think my music with David works perfectly there. Naples really won my heart though the people I met and the experience I had while there. I have wanted to return since the day I let a few years ago.

Frederico: Can Naples enter in future in your music? Have you eared some special musicians, are you fall in love with the musical side of the city?

Chrystabell: I have yet to venture into the music scene in Naples. Please give me some guidance!

Frederico: You are not only a singer, but an actress, a model… Are you workin’ on some non musical project?

Chrystabell: Musical projects dominate my life. The modeling I enjoy and the acting is starting to happen more and more. I gravitate towards projects that inspire me, usually they involve music in one way or another.

Frederico: How you think of you in the future. Where you wanna arrive?

Chrystabell: I want to be comfortable enough to have a house in Los Angeles and an apartment in Naples! This is a dream of mine.

Frederico: Kisses and see you at the concert…