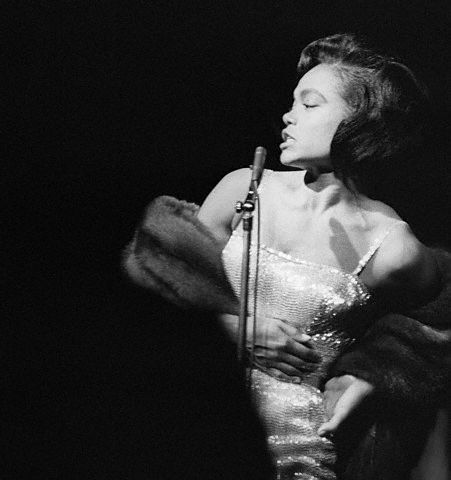 Oca Nera Rock is a magazine based in Rome, Italy.

Oca Nera Rock Magazine: Somewhere in the Nowhere is a really interesting album: it has a peculiar sound, especially due to the voice mixing, enriched by echo effects and vocal synths (in the title track, for example) which don’t denature your voice at all. How much is important for you, during the recording process, to musically experiment, with instruments in general and with your voice in particular?

Chrystabell: By the time I get to David’s recording studio, he and Big Dean Hurley have already created a bed of music with no vocals during a previous music “experiment” that yielded something David thinks is good for out project. The first time I listen to the track with David and Dean I usually start to hear melodies coming into my head and I start singing and moving to the music. Then David gives me some lyrics, either something he has written before or something he comes up with on the spot, and I go into the vocal booth to record. I like to have the same effects on my voice while we record as we think we will want on the finished product. It helps me to find the melody the music needs to become a song.

Oca Nera Rock Magazine: It seems to me that this album is halfway to the next work you’ll be working on during the next year and from This Train, your very first album: in your opinion, how much of your last record is still in Somewhere in the Nowhere and how much of it is already looking ahead to your future as a musician?

Chrystabell: Somewhere in the Nowhere is a reflection of my life and career at the moment. It’s cosmic and difficult to classify and on the edge of something. It’s a launch pad into and a acknowledgement of The Great Unknown. My new music is mysterious in a different way. I am the bridge between them.

Oca Nera Rock Magazine: Which are your most important musical influences, that somehow are still present in your actual music production?

Chrystabell: Most significant influences on my vocal performance and execution are Nina Simone, Julie London, Dusty Springfield, Jeff Buckley, Marvin Gaye, Eartha Kitt and Annie Lennox. At least that is my answer today!

“Eartha Kitt [one of the] Most significant influences on my vocal performance and execution!”

Oca Nera Rock Magazine: David Lynch said about you: “Chrystabell looks like a dream and Chrystabell Sings like a dream. And the dream is coming true.” – Since your cooperation with him started in 2007, with the Inland Empire soundtrack, and it’s still going on, I’d like to ask you: how’s this cooperation born? and how’s working with Lynch, and especially with him as a musician?

Chrystabell: I started working with David in 2000 but 2007 was the first year we released music to the public. We have a wonderful musical chemistry which was discovered when I was introduced to him by an agent in Hollywood who heard my voice and had the intuition that David and I might hit it off musically. Working with him is a joy and always fulfilling because we create music I love and he is a wonderful person to be around. Compassionate, warm, great sense of humor and great story teller.

Oca Nera Rock Magazine: How’s been in these years, and how is in general your relation with all your fans?

Chrystabell: I love to perform live and I love to have interactions with fans during a performance. This is very powerful for me. I appreciate my fans and respect that they are willing to go on a trip with me a bit off the beaten path of modern pop music.

“I love to perform live and I love to have interactions with fans during a performance.”

Oca Nera Rock Magazine: You’re about to start a new ‘adventure’, as we said before, with John Parish; and it’s quite admirable you’re basing your next work mostly on the help of your fans, through a platform like PledgeMusic: how are you feeling about this? And what do you think of all the little musical realities are growing thanks to this kind of platforms born on the internet?

Chrystabell: I think Pledgemusic and other services like it are very significant for artists. Many records simply wouldn’t get made without them. I find it to be a very personally empowering process to ask the fans to be involved and take a leap with me. Feeling support for your art is a profound nourishment for an artist. Sometimes it makes the impossible possible. I am grateful to have the option of Pledgemusic and look forward to it being one of many many ways an artist has to be able to create his or her art.