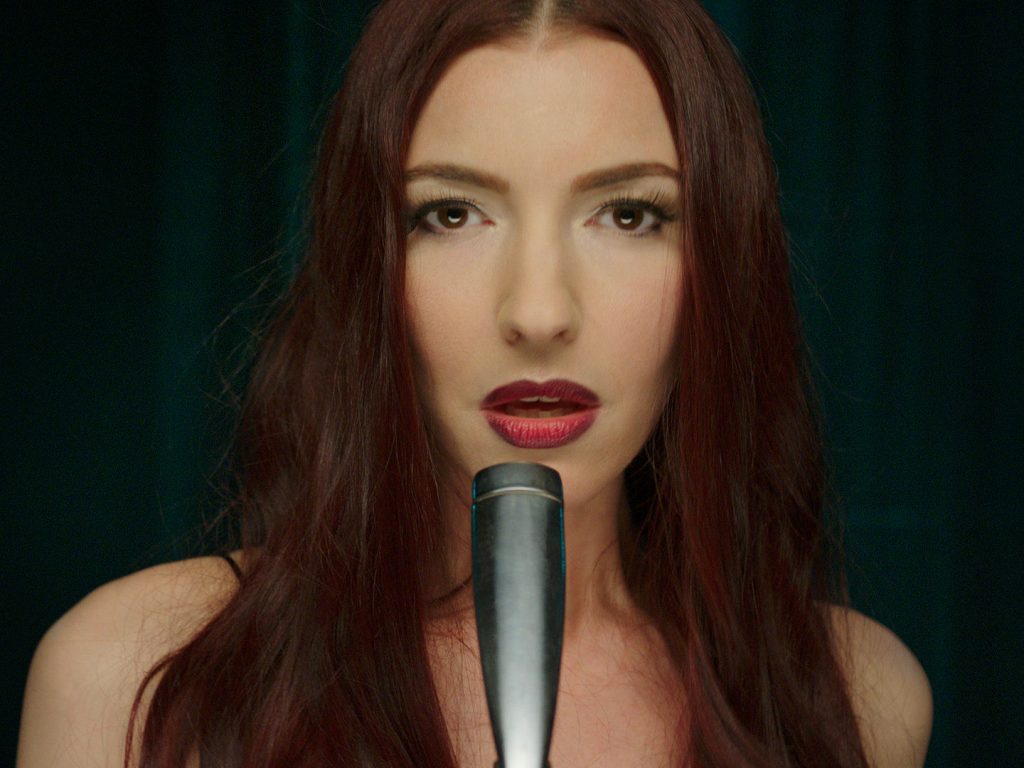 This is one of the final songs David, Dean and I wrote for the Somewhere In The Nowhere EP. I really loved the quality of the track when David first played it for me and the lyrics he brought out for it were intriguing. It got my juices flowing right off the bat. It was yet new territory for us. Beat the Beat had such intensity and drive. I really wanted to do a video for it and I knew it had to be a director and producer that could find the story here and bring it to life. Sharif Nakhleh and Tasha Nesbitt and their excellent crew did just that. The music video was filmed at Eli’s Mile High Club in Oakland, California.

From the press release :

Today, Chrystabell, longtime musical partner of David Lynch, releases the third and final video off of the Somewhere in the Nowhere EP. “Beat the Beat” is a powerful and driving existential foray into the cyclical nature of modern life. Reminiscent of the music of ‘80s experimental music icon Danielle Dax, “Beat the Beat” is a subdued anthem for Kafkaesque and mundane human existence. The clip was intentionally stylized to look like a dirty dub VHS tape featuring a slice of Americana with Italian subtitles suggesting it could have been discovered in a second hand shop in Bologna. “Beat the Beat” is the 5th and last track on Somewhere in the Nowhere, released in October 2016.

Director Sharif Nakhleh and producer Tasha Nesbitt are a husband-and-wife team out of Oakland, California. Collectively, they created the concept about a kind of purgatory karaoke bar run by a bored bartender whose sole existence is to tend to a room of downtrodden souls – until Chrystabell arrives to rile them up and sing them off to the next plane of existence. Sharif made sure to incorporate elements of transcendence and the afterlife, which are reoccurring themes that run throughout Chrystabell’s work in music, Transcendental Meditation and with Countryside Memorial Park, a natural burial cemetery that she owns in San Antonio, Texas. Chrystabell’s black slip dress was custom designed and created by San Francisco based model turned fashion designer, Nima Shiraz.