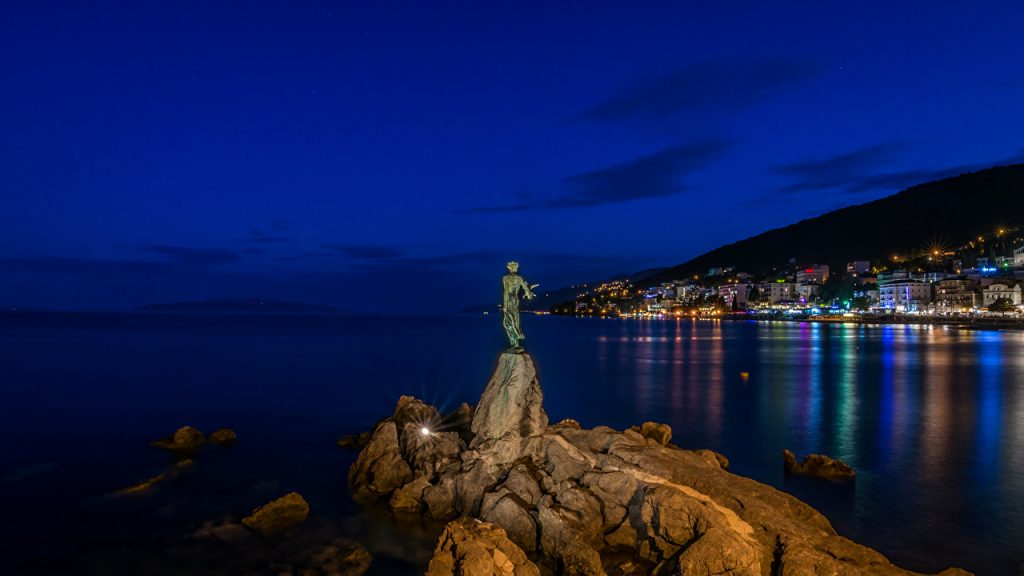 Tvornica Kulture is a magazine in Croatia.

Tvornica Kulture: How and when exactly did your road intersect with David Lynch? What was the key moment?

Chrystabell: I met David at his front door I think in 1999 or 2000. The meeting came about after a Hollywood agent met me and heard my voice and had the intuition that David and I would get along musically. The agent arranged the introduction and his hunch was right, because David and I wrote our first song together that very day.

Tvornica Kulture: I met David Lynch few times. Generally speaking, people will say, based on his movies, that he is “strange”. You were 20 when you met David for the first time. What was your first impression?

Chrystabell: He opened his front door in a white button down shirt half way untucked and khaki pants that had paint splatters on them held up by a well-worn belt. There was a lit cigarette hanging out of his mouth.  That hair. He opened his arms to give me a hug. He was warm, compassionate and inviting. Strange was not the word I would have used. Cool. The man is another level of cool.

Tvornica Kulture: Everything David Lynch does caries a certain edge, how was it to work with him?

Chrystabell: David’s temperament is calm and collected. He’s patient. He knows how hard to push to get the performance he wants and when to let the artist be. He’s very intuitive and sensitive to the artist’s emotions during the creative process. I think that ultimately that is the way to bring out the artist’s full potential. When the artist feels encouraged and safe she’s going to give you everything she’s got.

Tvornica Kulture: Your voice is haunting and mystical, like a part of every David Lynch movie. Was it something attractive to David?

Chrystabell: I guess he likes it! So far so good. I keep expecting to wake up to find it was all a dream. But I guess my life is a dream.

Tvornica Kulture: It took more than a decade to make “This Train”. What took you so long?

Chrystabell: The record had its own Destiny. Some things cannot be rushed, as much as I would have loved to have sped up the process at different moments throughout the long journey to release. There were countless reasons that it was such an extended situation. David and I lived in different states for many years of the process, my record contract with another label kept me from working with him until several years after our first meeting, and the tricky task of aligning David’s and my busy schedules to name a few.

Tvornica Kulture: Few years ago, during the interview, David Lynch told me that in the process of making a movie, he knows beginning of the story but not the end. He is creating a movie during a shooting. Was it the same process during recording of “This Train”?

Chrystabell: This Train evolved organically.  We didn’t know what our goal was when we started making music together. David and I both love making music and the feeling of having created a beautiful song. That in itself, before anyone else ever hears it, is quite a drug. So, through the years we just kept rolling with it, nursing the musical connection that we felt.  Eventually, we had This Train. Voila!

Tvornica Kulture: In one interview, you said “David was hanging out with Elizabeth Taylor, and it turned out that she was the first person to hear ‘This Train’”. What was Elizabeth Taylor reaction on your album?

Chrystabell: Elizabeth Taylor heard the song “This Train” long before the masses, years before the record was even half completed.  It was my understanding that she liked the song very much.

Tvornica Kulture: Lynch photographed you extensively, how satisfied are you with photos?

Chrystabell: I love the photographs David takes of me and I love the digital art he creates with them. I was devastated because a few years ago about 14 prints he had made for me of our various shoots burned in a Malibu house fire. That was a very sad day.  Of all the possessions I lost, I was the most unhappy about losing those prints.

Tvornica Kulture: David Lynch has called you a “sexy alien”, music journalists have published a bunch of articles about you as a “sexy singer” who sings “very sexy songs”. Did you consider this a compliment?

Chrystabell: I consider it a compliment when the person saying it is meaning for it to be. There are so many undertones and overtones and individual associations with the term ‘sexy’. I personally think it’s a very positive thing to be sexy and I embrace it. I think of it more as being a sensual being and enjoying sensual expression, but I feel a strong connection with my own sexuality and I don’t try to hide it on stage or anywhere else if I feel it’s appropriate and safe to express it. I also feel a strong connection to innocence and wonder and spirituality and I don’t hide those either. Sexy is just more obvious so it’s thrown around a lot.

Tvornica Kulture: Last few days I was trying to explain (to some of my friends) who is Chrystabell and the simplest explanation was “You know who Lana del Rey is? There are some similarities, but Chrystabell sounds much better”. What do you think about that comparison and about “dream pop” and “retro romanticism” popularity?

Chrystabell: First off, I love Lana del Rey and any associations with her. While is it arguable that she is gifted singer technically, she more than makes up for that in style and songwriting skills. I like the term “retro romanticism” very much. I think you could call This Train retro romantic or dream pop.

Tvornica Kulture: Tell us a little about yourself. Where did you grow up, and when did you first got into music? As far as I know, your journey as a singer and performer pretty much started right out of high school, didn’t it?

Chrystabell: I spent my childhood in San Antonio, Texas, and my mother and step father owned and operated the largest commercial recording studio in south Texas. My step father was a composer, producer and engineer and my mom managed the studio and is a talented singer herself. I was immersed in music from a very young age.  I was fortunate enough to begin touring the USA professionally right out of high school with the gypsy swing band  8 ½ Souvenirs, but my passion for music goes back as long as I can remember. 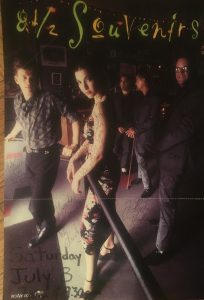 Tvornica Culture: Where does your musical training come from?

Chrystabell: I’ve had very little professional instruction but I have had a lot of real life experience at this point. My biggest teacher is watching video of myself and learning what I am doing right and seeing what needs work.

Tvornica Culture: What performers have influenced your music?

Chrystabell: M.A.S.S. (which was an an acronym for music, architecture, science & sound) traveled the world in a troupe playing theaters, celebrity galas, performing arts centers and all manner of festivals and special events. At every venue, an ‘earth harp’ would be erected and the audience themselves would actually be sitting inside an instrument. It’s a very impressive thing to see and being on the road with MASS helped make me extremely comfortable performing in any possible kind of venue under unusual conditions. Once, I performed while partially submerged in water, in another show, I sang extremely close to a “fire feature” at a huge corporate event. I enjoyed the wonderful and unusual adventures that being the lead singer for M.A.S.S. provided. Even when they were slightly dangerous! 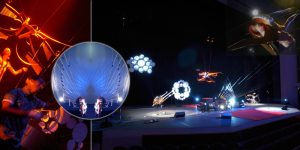