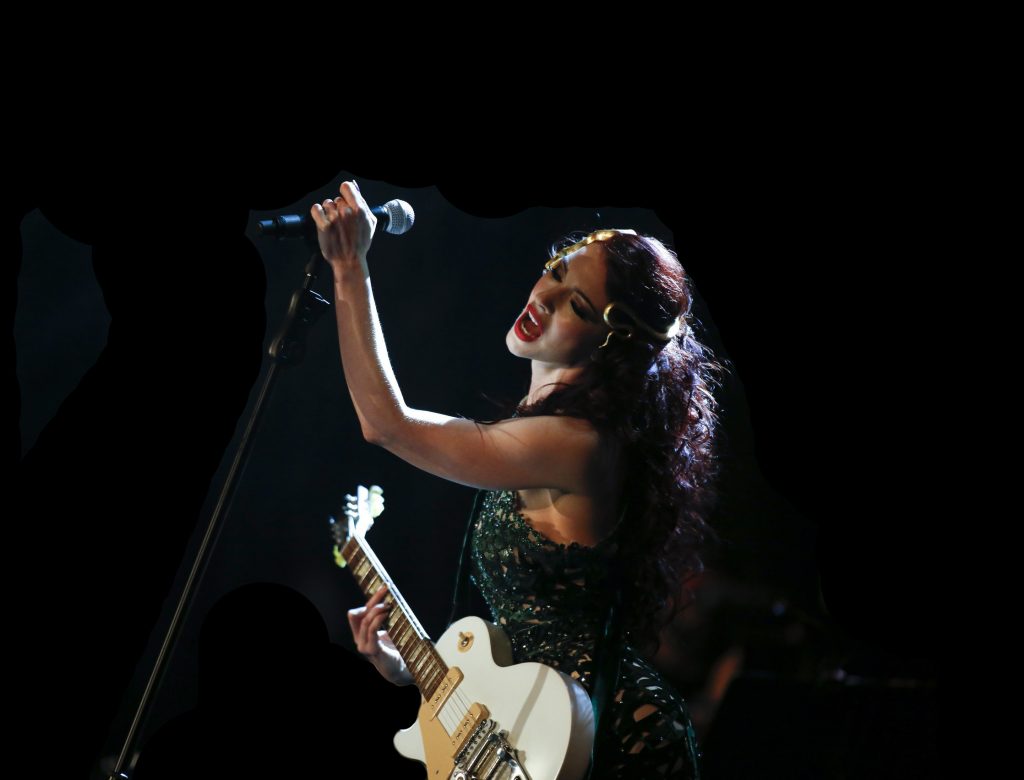 This was an unforgettable event.

I prepped and practiced to perform this 6 minute song for at least 50 hours. I wanted to be on point and then some. I knew it would be a high pressure occasion and I am not a nervous performer in general, but the stakes here were kinda through the roof. This was a star studded tribute show to celebrate The Music of David Lynch benefitting the David Lynch Foundation, and I was the least known of all of the performers. I had to be great so that I would not waste this opportunity to make an impression! There were a lot of factors to this particular event that needed to be considered in my preparation.

For one, I would not be performing with my band, but with a house band. The players that signed on for this gig were top tier session musicians(Nathan East on bass and Michael Thompson on guitar to name a couple) but this would not be the set up I was used to or people I was familiar with. When you play with your own band, you can cover each other if you miss an entrance or flub a solo. I’m sure these cats could cover me, but I did not want to make mistakes in front of them! And when you are out in front of the band instead of more integrated onstage with your bandmates, it’s a different thing altogether. You’re more vulnerable to the audience and this can be great if you nail it, but you are extra exposed if you don’t. 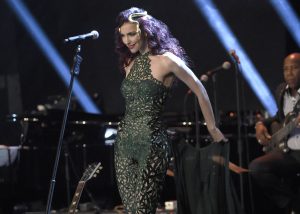 And because I really wanted to make an impact with all of my personal resources, I decided I would play guitar for my number. I decided this even though it makes me about 1000 times more nervous to bring a guitar into the equation as I am not an accomplished guitarist by any stretch of the imagination. I play guitar with every fiber of my being, and I love to play, but I am very limited in my abilities particularly when I might be a little shaky or (god forbid!) sweaty palmed. But I just kept picturing myself playing with my white Les Paul and I made the commitment to the musical director for the event to play and sing so I would be forced to follow through. That visualization was just too alluring and ok, maybe I am a bit of a masochist.

I was determined to be over prepared so that even if 50% of what I planed to do goes out the window, I can still potentially be in the zone. In the moment, when all the chemicals are flowing through your body, my experience is that you often go to your default modes. I wanted to hard wire my modes for this event. The arrangement was different than my band had been playing onstage for the past 4 years. Even the aspect of putting the guitar on during a 4 bar vocal break had to be meticulously considered as I had never done that before and there’s more to it than one might think. I was wearing sky high platform heels and the transition had to be seamless. Smooth as silk. So I practiced that move, just simply picking up and putting on the guitar in my heels, at least a hundred times.

And of course, all this had to be executed in a show stopping get up for obvious reasons. My performance outfit was custom created by my dear friend and fantastically talented designer Nima Shiraz. We had 2 meetings about the concept and 5 different fittings. He spent countless hours hand gluing 4000 individual Swarovski crystals on to the jumpsuit he designed for me. 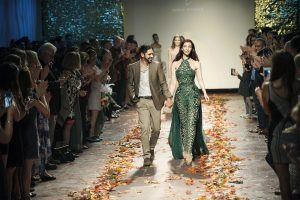 The whole thing was constructed of slender strips of emerald colored leather to make a mesh like bodysuit that I could move easily in. All I asked him for originally was some kind of deep green jumpsuit, and he went to town. That outfit was a tremendous effort to create, and when I see it in this video, I feel it was absolutely worth it.

And for one final wow factor element, my visionary artist, head dress designer and beloved bestie Ka Amorastreya was gracious enough to create the stunning serpent head dress (sculpted to the dimensions of my head!) to complete the ensemble. I would give it my all to make it a great show, but if I absolutely bit the dust, I would look amazing while I was going down.

The night of the show I was all butterflies but I had a good feeling. I had a surprise rendezvous with David backstage while I was looking for the loo (you can watch that video HERE) and after months of practice I felt I was as ready as I was ever going to be. There had been so much build up to this event and I was so happy that it was actually finally happening! An example of some of the other artists on the bill were Duran Duran, Lykki Li, Rebekah Del Rio, Sky Ferreira, Karen O, Moby, The Flaming Lips, Zola Jesus, Donovan and Angelo Badalamenti. It was a sold out show in the glorious Ace Theater in downtown Los Angeles. My mom even came out west from Texas to be there. It was a very special night.

When I was waiting on the side of the stage to go on after Donovan, I was the most nervous I can ever remember being. I had so much adrenaline in my system that I only remember certain moments of being on stage. It all went by so fast! When this video aired on AXS TV a year or so after the concert, it was really amazing to watch it. I was critical somewhat of my performance, but I give myself credit that it was strong overall and I worked hard for it. And boy did my outfit sparkle!! Thank you Nima.

This is a video you won’t find anywhere else on the internet. I hope you enjoy it and a bit of the backstory behind it. It truly was one of the most amazing and illustrious nights of my life.