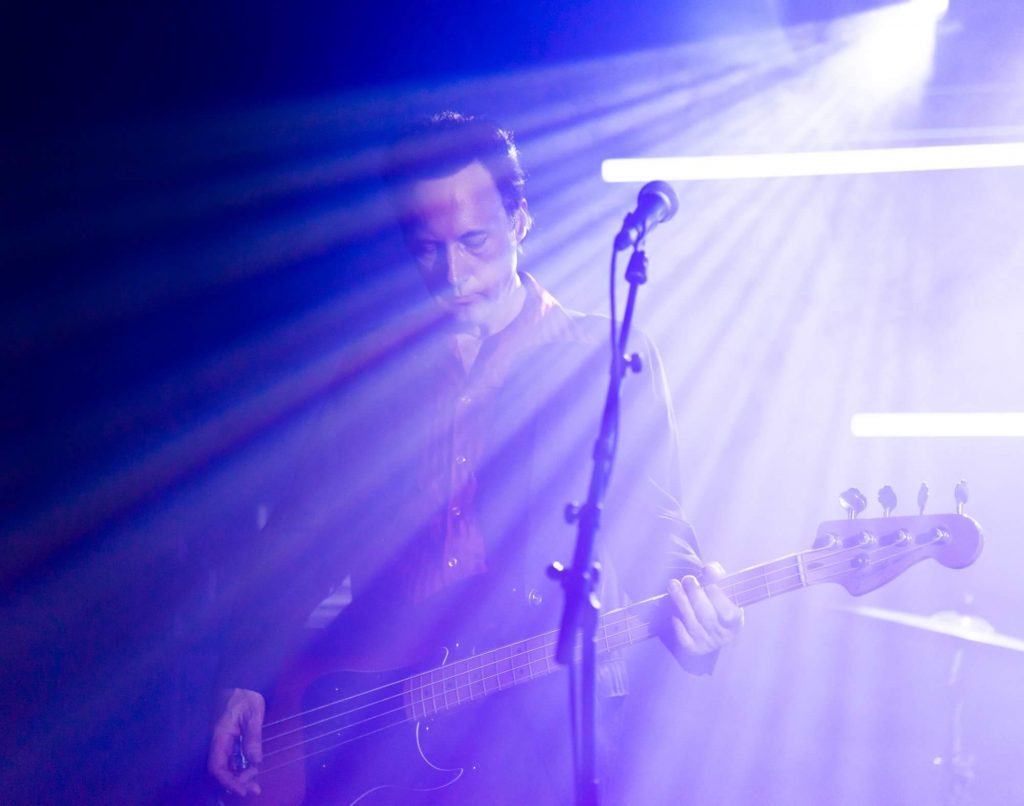 Chris Smart and Chrystabell’s friendship started around music growing up in San Antonio and evolved into a life-long creative collaboration that’s taken them all around the world.”

Chris is a life-long musician, song writer and producer with a mind-bending knowledge of vintage guitars, pedals and gear.

Where did you grow up and what was your favorite thing to do as a child?

Chris Smart:  I grew up in San Antonio Texas which was like the smallest big city in America. I spent most days riding my bike around the big military cemetary across the street and playing in the drainage tunnels near my house. I loved watching old horror movies from the 1940s and ‘50s on Saturday afternoon. They used to show some pretty cool stuff on network television back when there were only three channels to choose from. Secretly I used to mime to the Beatles and Monkees records using the TV antenna as my microphone.

Where do you live now and what is your favorite thing to do as an adult?

Chris Smart: I still live in San Antonio although I relocated to NYC for a short while in the ‘80s. I’m out most nights seeing bands or hanging at my guitar shop. I’ve been DJing on and off for the last 15 years or so too but more than anything else I love being on tour. 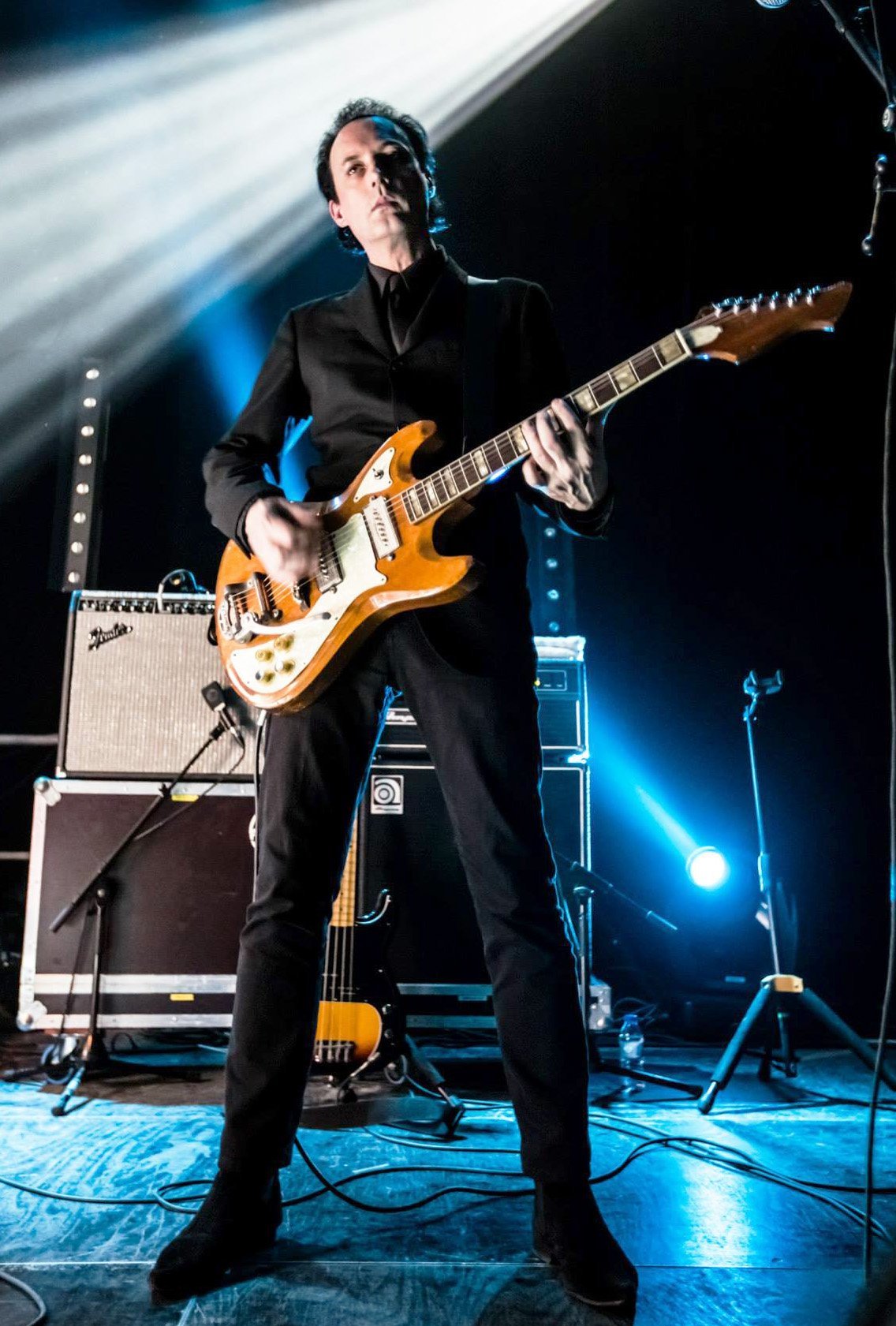 How did you meet Chrystabell and come to be in her band?

Chris Smart:  CB and I have been buddies for going on 20 years. I did some work at the recording studio her parents owned and they used to visit the guitar shop I worked at. I’m pretty sure I sold CB her first guitar? One night my band Robotboy was playing across the street from her band 8 1/2 Souvenirs and we just sort of became life long fans of one another. I was always way into David Lynch so years later when she approached me about playing together it was a pretty easy decision.

Of all time, what is your most favorite venue to perform in (with any band) and why?

Chris Smart: I’d have to say CBGBs in NYC. It was a filthy nasty old dive, but just being on the same stage where so many great bands had played (Ramones, Blondie, Suicide, Television, Talking Heads) was pretty exciting. There was also an infamous old joint in San Antonio called Tacoland where my band used to rehearse. I probably had more great blurry nights playing there standing in spilt beer and getting shocked by the bad electricity than I can remember. Sadly both clubs are long gone.

Why did you choose to play the bass? 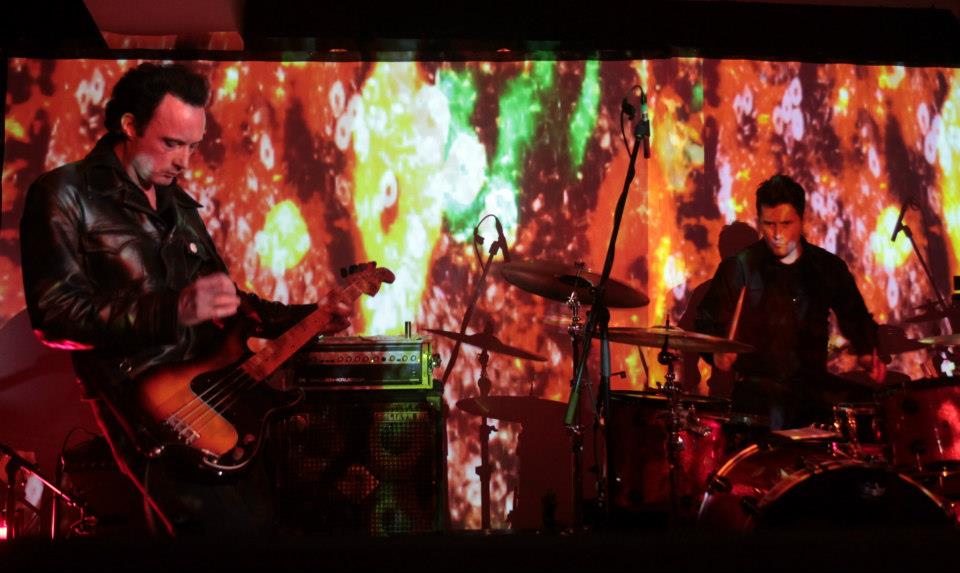 Please share a story from the Chrystabell Summer 2017 tour (whatever the tone: humorous, scary, weird or exhilarating).

Chris Smart: Searching for lunch in Berlin, CB and I came across a cool old walled in graveyard. It was unlike any we’d seen. Each grave was like a little garden with well manicured flowers growing on the plots. We wandered around a bit taking photos and checking out the who’s who of inhabitants and stumbling upon the grave of legendary German playwrite/composer Bertolt Brecht. Wow, good company!

As it was getting dark, we made our way towards the front gates only to find them locked. “Certainly they didn’t lock us in the old graveyard at night” we laughed…oh crap they sure did. A quick survey of the joint proved the only way out was over the eight foot stone wall. Great.

Luckily towards the back we found some gardening tools and trash cans that we stacked up to climb to the top. I jumped first, splatting on the active roadway eight feet below. CB hopped next, me attempting to catching her. A successful and ungraceful escape. The old German gentleman who passed by gave us the strangest look.

Do you play other instruments as well (including singing)? If so, which one’s?

Chris Smart: I sing, play bass, guitar, fake a little drums and keyboards. This last tour I suddenly became a theremin player? But above all else I am wicked on the tambourine! 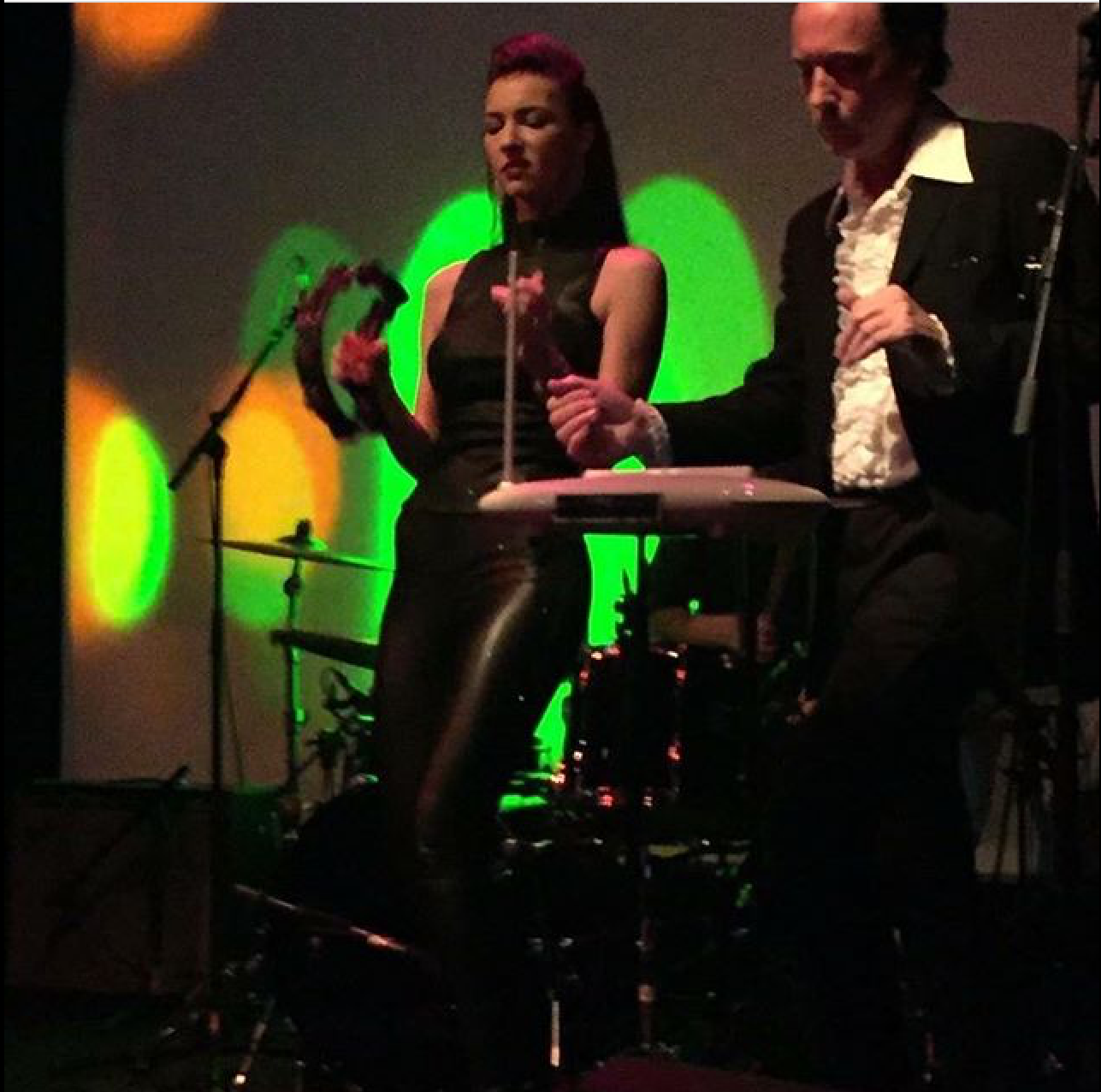 Chrystabell and Chris Smart at Voodoo Rooms in Edinburgh, Scotland (2017).

How many years have you been a working musician and do you have music in the world other than the music you’ve done with Chrystabell?

Chris Smart:  I played my first show on Halloween night in 1980 and I’ve played the majority of Halloweens since.

You own Robot Monster Guitars in San Antonio, TX, selling collectables, vintage guitars and pedals all over the world. Please share more about the store and how you got started.
Chris Smart: When I started playing back in the early 1980s, new guitars were way out of my price range so I bought cheap old used ones at pawn shops and flea markets. When the vintage guitar market took off I figured out I could sell them to players and collectors for lots of money and not have to get a real job. Eventually I started selling at the big Texas vintage guitar shows and connecting with international dealers too. It’s made me a lot of friends worldwide which sometimes comes in handy.

In the middle of a CB UK tour, we suddenly found ourselves guitar playerless. We were in Bristol where a guitar show buddy of mine has a music shop called Treblerock. I phoned him up and he suggested we call his old pal Adrian Utley from the band Portishead to fill in, which to our amazement and delight he did. Cool!

The avant-garde composer and musician William Basinski is your first cousin. What was it like growing up? Did you spend holidays together? Was music a big part of your family identity?

Chris Smart: William (cousin Billy to me) was from a very musical family and all of us cousins spent many summers together. Billy had the only Ziggy Stardust hairdo in Dallas Texas in the mid 1970s. No surprise he quickly relocated to San Francisco and later New York City. 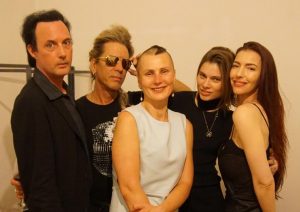 When I became an alienated teenage punk rocker, I started writing to him and we rebonded over our shared taste in weird music and art. Whenever my bands played in NYC, Billy always took us to the hippest art openings and parties, rubbing elbows with the likes of Warhol, Basquiat, Yoko Ono and David Byrne. Crazy!

We’re both on the road much of the year now but recently our tours crossed paths in Berlin and we got to hang out.

Tasha <3 : Thank you Chris for sharing!

PS. Just for fun, be sure to check out Chris’s other videos: