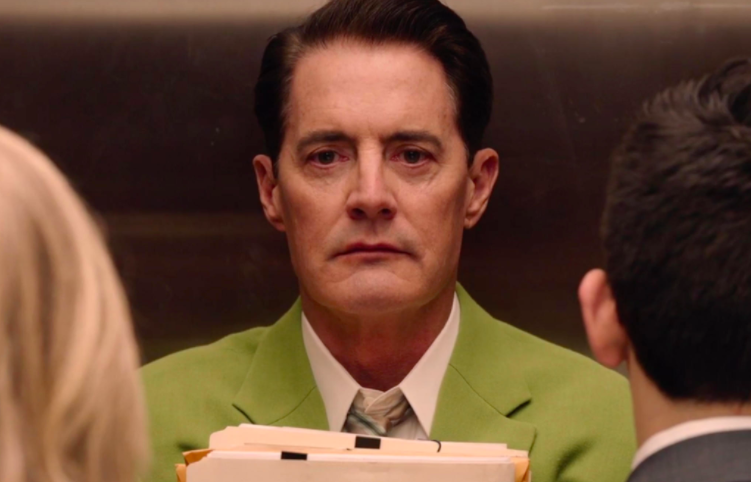 To Dougie… With love, Spencer-D – Musings on Twin Peaks

Listen to the sounds.

It is in our house now.

It all cannot be said aloud now.

Two birds with one stone.

As a whole, 430 adds up to 7 (4+3+0=7). Lynch has traditionally depicted the number seven in his work (i.e. Dorothy Vallens lives on the seventh floor in Blue Velvet, there are seven whole huckleberries in Mrs. Hayward’s muffins the deleted scenes of Fire Walk with Me). It is also interesting to note that the Giant’s credit at the end of Part 2 contains seven question marks.

The Giant very intentionally pronounces each number separately, not as a whole. It is my belief that each number is meant to be considered individually for a more comprehensive understanding of what is at play in setting up the next 14 hours. In Western culture, the number four represents the elements, being earth, water, air, and fire, considered to make up nature and, even more simply, matter.

In seasons one and two, Lynch and fellow collaborators capture the wind (air) brushing through the trees and mountains as well as the intense yet precious flow of the waterfall at the Great Northern Hotel. Of course these trademarks of Twin Peaks’ cinematic tradition allude to the four elements; however, the elements, specifically air, allude to another scene, from above the convenience store, in the deleted scenes of Fire Walk with Me. The Man from Another Place longingly relays that “from pure air… We have descended from pure air,” indicating the origins of the entities of the Black Lodge. 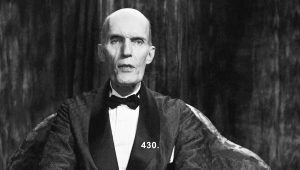 The Giant gives three clues in episode eight. Twin Peaks has the best pie in the tri-county. Cooper stays on the third floor at the Great Northern. This is just a small and introductory sample of the prevalence of the number three in the first two seasons. Symbolically, however, the number three alludes to the Trinity in Christian tradition.

Christian influence is not known to historically factor into Lynch’s work, but the idea of three separate identities co-existing as one is very relevant in this new season: Agent Cooper, Mr. C, and Dougie Jones. They are all different and perhaps the same; this mystery of identity will hopefully unravel and complexify the matter even more throughout the series.

It is a non-existent number. When Cooper falls through the gap in the floor in the Red Room, the Evolution of the Arm screeches, “non-existent.” Cooper then falls through a seemingly endless gray space, perhaps merging together the black and white pattern of the Red Room. This question of existence comes into play with the number three, the idea of three Coopers co-existing with each other, although Agent Cooper and Dougie are “one and the same” right now.

The real Agent Cooper, I suspect, will awaken over time based on external associations, perhaps a sneak peak of that given when Dougie sees the sign for Sycamore St. in Rancho Rosa. This awakening is Lynch’s challenging of the idea of existence and how our physical nature (i.e. surrounding world) defines who we learn to be.

These are obviously two names, and at this point it is impossible to make any speculation about Linda as that name has never found any place in the Twin Peaks canon so far. However, the name Richard alludes to Richard Nixon, a strange and complex historical character reintroduced by Mark Frost’s The Secret History of Twin Peaks.

Towards the end when Colonel Milford goes to Florida to see President Nixon, Milford is brought into a room where “a long wooden console and chairs [face] a window that runs the length of the room and is … obscured by a shade” (Frost 293). This window, lacking the same dimensions as a box, contains some sort of alien (although it is never called an alien–it is only described). 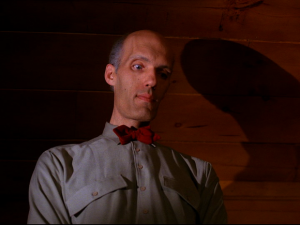 Two birds with one stone.

The mystique of Twin Peaks over the last 25 years builds on aspects of the show like coffee, cherry pie, and owls. Through owls and other references such as Julee Cruise’s “The Nightingale” and Waldo the witness, birds as a whole take up a fair share of what we love about the show. However, what attracted me about the Giant’s reference to birds in the first few minutes of Part 1 was the reference to the stone.

“I love the world of Twin Peaks and can not be more happy to share my love of it with everyone.”

Twin Peaks columnist, occasional theorist, and avid truth seeker (as long as it does not get in the way of the mystery). Born and raised in San Francisco, I am yet to run into James on his way to Mexico. I have recently been “promoted” to being a judge for the Twin Peaks trivia contest at the annual festival after having maxed out of tokens to keep on playing.

More than Twin Peaks, though, the music of David Lynch and Chrystabell has quenched my desire to sink deeper into the entire world of David Lynch during the years when his work has been stagnant in the eyes of the wider public. I am not privileged to have been alive during Twin Peaks’ initial run and appeal, but that has been a silver lining by teaching me how to artistically capture and reintroduce dismissed and forgotten landmarks of our culture in my own daily life as well as my own artistic endeavors. I cannot wait to start this journey and see where where it brings us.

Let Spencer know you are out there!

1 thought on “To Dougie… With love, Spencer-D – Musings on Twin Peaks”