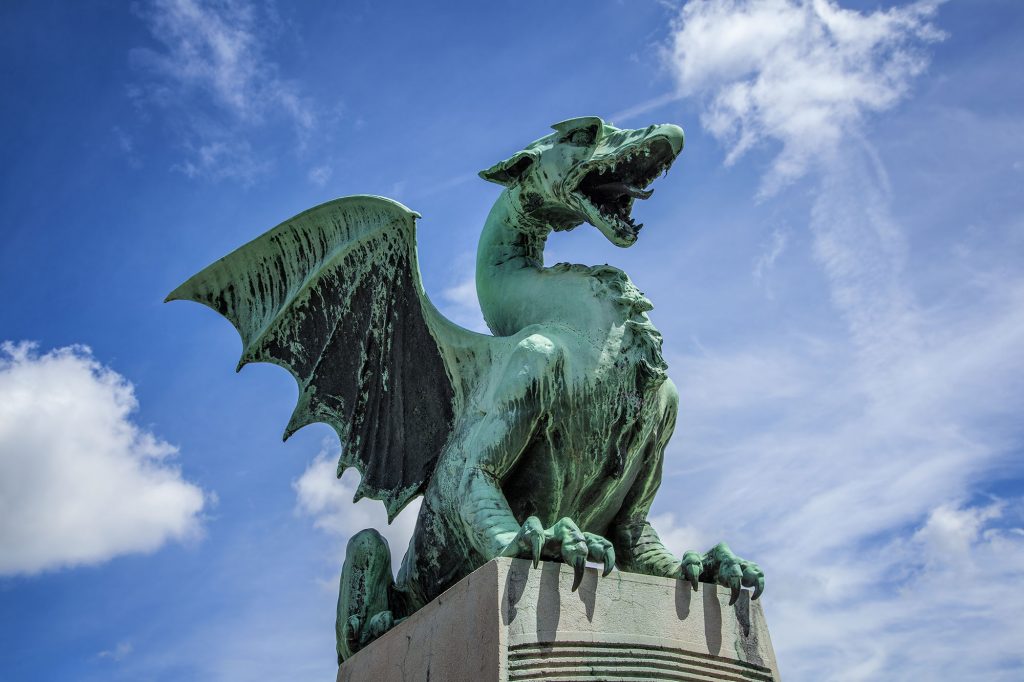 Lucija Šuštar is a journalist in Ljubljana, Slovenia.

Before the gig in Ljubljana, Slovenia, at Kino Šiška
Date: 12th October 2012

Lucija Šuštar: The album This Train took over 10 years to make … How did the scope of the album evolve over time?

Chrystabell: Every aspect of the album evolved, including the people creating it. So much can happen in 10 years. But at the same time, I don’t feel there is a lack of song to song cohesion in the record because of the time it took. I’d be curious if anyone could pick out the songs of the early days versus the songs that were the last ones finished for the record. We started out making music because we felt a connection musically that was satisfying and exciting. It’s a precious thing to discover a highly compatible musical partner. The purpose of the music evolved over time. It wasn’t until we’d been making tracks together for many years that we were certain that having a whole record’s worth of material was the goal. It was always my hope that we were making a record, but I learned early on that my desires for our music and the reality of the situation were two different things. Everything has its own Destiny.

Lucija Šuštar: When did you realize you and David Lynch are a “perfect” creative duo?

Chrystabell: We wrote a beautiful song together the day we met. In the realm of musical connections in my personal experience, that was a very good sign. From there, we were able to consistently come out of a day at the recording studio with some kind of real progress that made us both feel really good. I respond positively to his music and his direction, he appreciates my voice. We respect each other. This makes for an excellent team. 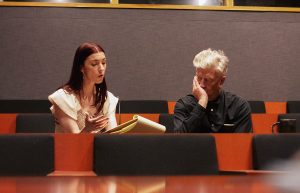 Lucija Šuštar: David Lynch is a great director. How is he as a producer? What kind of techniques does he use in order to get the sound he wants?

Chrystabell: David writes all of the music prior to my hearing it. His techniques are top secret! Ok actually I don’t know if that’s the case but honestly, I’m not sure of all of the music production techniques he has up his sleeve. When I come into the picture in the recording process, after the musical bed has been composed and produced, he is able to provide extremely helpful guidance and direction to lead me to improvise melody that will complete the song. I’ve heard him say it’s almost the same as working with an actress for a scene.

Lucija Šuštar: Since you have been working on the album for more than 10 years … Have you ever wanted to give up?

Chrystabell: I definitely had to exercise extreme patience at various moments during the many years of creation. I took lots of deep breaths! Mostly because both David and I had to fit the recording sessions into spaces in both of our busy lives, and sometimes this meant long spells of not working. It didn’t help that for most of the process, we lived in different states. It was so fun and satisfying to make music with him that I wanted more of it, no matter where it was leading.  When we got very close and had 8 or 9 songs, it was a new kind of patience required because I felt it was finally on the horizon and of course I wanted that sooner rather than later. Even though the prospect was very exciting and felt closer than ever, I had realized and fully accepted long before that the record was on its own timeline, and it would be done when it was done. Now that it’s out in the world, any moments of frustration or impatience seem like distant memories.

Lucija Šuštar: How do you and David spend your free time together when you are not working?

Chrystabell: David tells wonderful stories about his life and is a great listener too. We take photographs sometimes if he is in the mood. I check out his latest animations, short films or paintings if he’s working on them. We share meals together. We watch YouTube. We drink a lot of cappuccinos and I watch him smoke cigarettes and occasionally partake.

Lucija Šuštar: When on stage you seem very confident, you have a signature performance. Does it come natural to you? How do you pull yourself together if you have bad moments?

Chrystabell: I love being on stage and have been doing it since I was a child. I think that confidence is really 60% of the whole thing. I do feel pretty confident for the most part and any confidence I may lack on occasion is more than made up for by my sheer enthusiasm and amazement that I get to perform and sing on stage around the world. I feel extremely fortunate. There are hard moments; technical issues despite meticulous soundcheck, wardrobe malfunctions and performing while utterly exhausted from extensive travel. But even in those times I love what I am doing and wouldn’t trade it for all the tea in China.

Lucija Šuštar: What has been the biggest challenge of bringing This Train to a live performance?

Chrystabell: It was a trick to keep the mood and dreamlike qualities of the record while keeping the energy up and enlivened for a live show. Also, David’s guitar sound is so singular, that there was no way to emulate it. We use some backing tracks from the record and we make it our mission to capture the essence as much as we can.

Lucija Šuštar: After you graduated from high school you went on the road with the band 8 ½ Souvenirs. This is probably an experience that helped you discover who you are and also helped to shape your future as a musician. What are some of the most important things you have learned on the road?

Chrystabell: Try to smile and be in a good mood whenever possible. Don’t bring costumes that wrinkle and require ironing and drink lots of water. Coffee is your friend. Don’t talk too much in a loud club after a show. Your voice will suffer.

Lucija Šuštar: How has your mother – who is also a singer – influenced you?

Chrystabell: She looked so happy and fulfilled when she was on stage and singing. I think I developed very positive associations with music and performance from seeing this.

Chrystabell: Ms. Lennox gives her heart and soul with abandon when she sings and looks to be very blissed out and comfortable in her skin as she performs. I would want some young singer to see the same qualities in my singing and performance.

Lucija Šuštar: I have read David described you as a sexy alien, as someone who looks like a dream and sings like a dream. How would you describe your impression of his album Crazy Clown Time when you first heard it?

Chrystabell: I appreciate David’s musical aesthetic. I always have. He’s never played me anything of his I was lukewarm about. They all make me feel something. I have a few favorites in particular from Crazy Clown Time I can listen to over and over. Noah’s Ark is one.

Lucija Šuštar: Do you think it is still possible to push musical boundaries nowadays? How?

Chrystabell: I think musicians pushing their own personal boundaries in the realm of music and otherwise is one way to push musical boundaries. Getting out of cycles and comfort zones and taking yourself to the next level in music is extremely fulfilling. Even if you land on your face at first and it’s really frustrating. That means you are on to something. It’s worth it. Keep at it.

Lucija Šuštar: Where were you when answering these questions?

Chrystabell: On an airplane traveling from Austin, Texas to Prague.